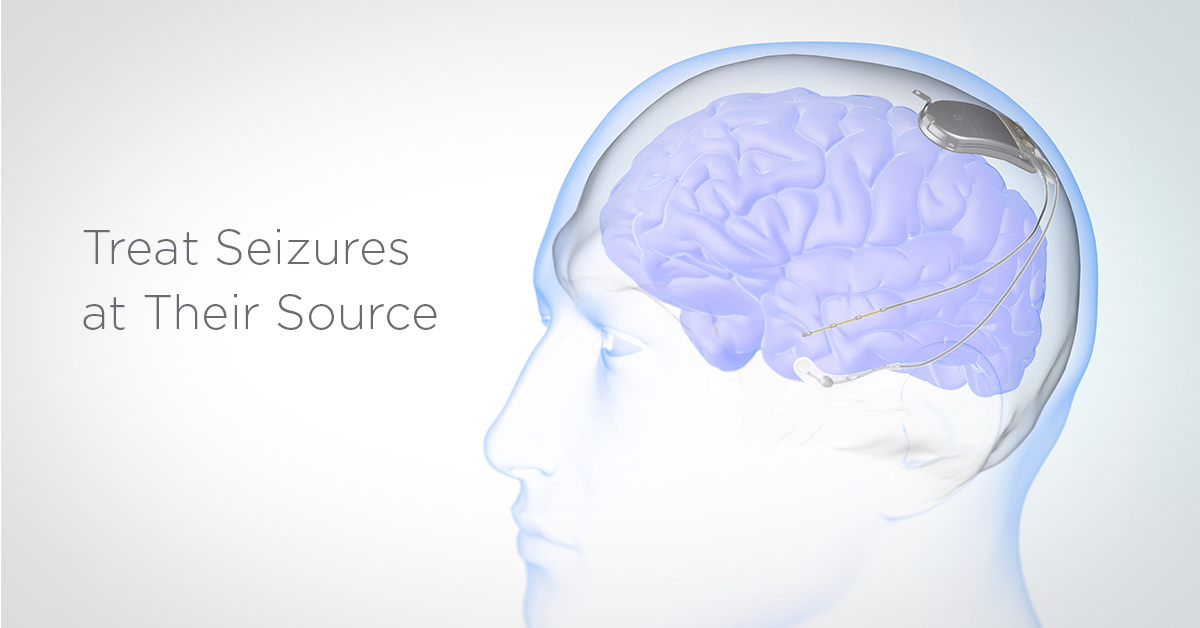 At least 30% of people do not respond to seizure medicines. Some people can have surgery to remove where seizures start in the brain. This treatment is the only way to cure epilepsy, but it doesn’t work in everyone. On average, only about 60% of people can be free of disabling seizures from removal of a seizure focus in the temporal lobe. VNS Therapy or dietary therapies, such as the ketogenic diet, may help many people. Another option is responsive neurostimulation. Known as RNS® Therapy, this new seizure treatment was approved by the U.S. Food and Drug Administration (FDA) in 2013.

Everyone’s seizures are a bit different, either in type, number, or pattern. Therefore an ideal way to treat seizures is personalizing the treatment to each person. The ability to give the treatment only when it’s needed (at the time of a seizure or suspected seizure activity in the brain) is a key feature of the RNS® System.

The RNS® System is designed to work in 3 key ways:

The RNS® System is a smart device that is adjustable and reversible. Where it is placed and how it is used is tailored to each person. It learns what is going on in a person’s brain, and settings can be adjusted for each person.

Most comprehensive epilepsy centers that provide epilepsy surgery can also offer the RNS® System. Before having the RNS placed, a person must go though detailed testing to see where their seizures arise in the brain.

Download this factsheet to learn about who can use RNS and how the device works.

Who Can Use The RNS® System?

How Does The RNS® System Work?

A device like the RNS® system changes or modulates brain activity to stop or prevent seizures.

The exact way that the RNS® System works is not known. It is thought to act on a certain substance in the brain called an inhibitory neurostramitter. This type of substance acts to inhibit or stop activity from brain cells that could lead to seizures. This may explain how the RNS works in the short term. Yet it’s long-term effect may be caused by something else affecting how brain cells work more broadly.

How Helpful Is RNS® Therapy?

Although the RNS® System is not a cure for epilepsy, it has shown to reduce seizures in most people who have used it. So far, these effects appear to improve over time in many people.

The RNS® System is manufactured by NeuroPace, Inc. Additional information for patients and physicians is available at their website neuropace.com.

Brynleigh’s Act Signed into Law by Governor Hogan of Maryland